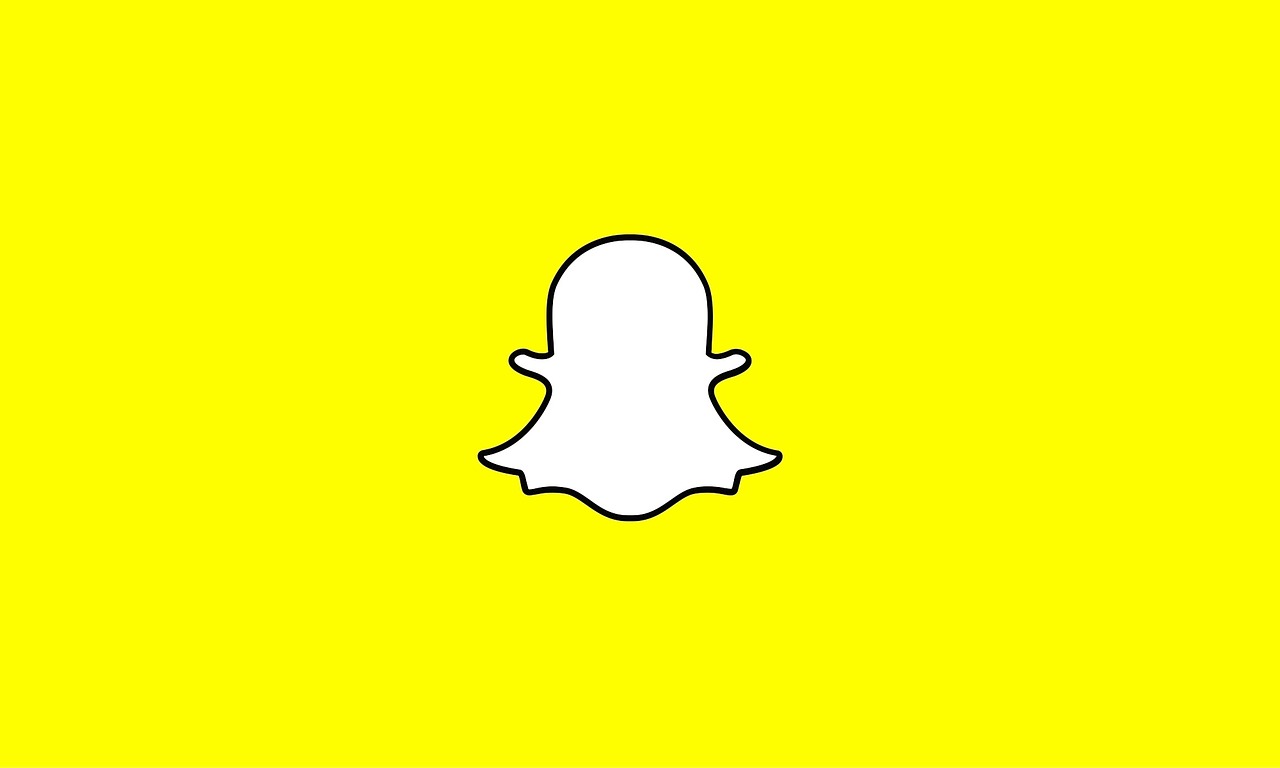 Emojis are a language all their own. The beloved symbols add emotions and humor to 💬 text, 📧 emails and 📱apps. They’re not only in the digital world. Their faces have appeared in products, pillows and Halloween costumes. Even if you're familiar with emojis, it's easy to get lost when it comes to emojis on Snapchat because they each have a unique meaning.

Emojis were invented in by Shigetaka Kurita for the Japanese mobile phone company NTT DoCoMo in the late 1990s. The Japanese translation of emoji is "picture" (e) and "character" (moji). While "emoji" is a sleek abbreviation of the word "emoticon", don't mistake it for its clunkier older sibling. Kurita's intention with emojis was to enable mobile phone users to message each other with images instantaneously, using as few characters and as little data as possible. Sounds a bit like how Snapchat works, doesn't it? 😉

Apple is credited with introducing the world to emojis by adding them to the iPhone's keyboard. According to NY Mag, Apple wanted to penetrate the Japanese market when it released the iPhone in 2007. Since Japanese mobile phones already contained emojis, it was both a wise move and a no-brainer for Apple to come equipped with an emoji keyboard. The emoji keyboard wasn't intended to be easily discoverable by North American markets, but savvy users discovered the emojis' hidden location. The rest is emoji history.

Snapchat is the social media photo-sharing app that lets you send pictures to your friends and followers for a limited time. Once the time limit expires, the picture disappears. It’s a fun way to directly share snippets of your life, goofy pictures and funny clips with select friends, or publish a 24-hour story to all of your Snapchat friends.

What Do The Snapchat Emojis Mean?

You may have seen emojis on Snapchat appear next to friends or celebrities you follow. All verified celebrity accounts have an emoji— of the celeb's choosing — next to their name. Arnold Schwarzenegger’s is a 💪🏻 flexing bicep (of course), Rihanna has a 🎈balloon, supermodel Chrissy Teigen’s is a 🍕 slice of pizza and Kim Kardashian is a peach 🍑 (we'll leave that one to the imagination).

The Snapchat emojis by your friends’ names in your contact list are different. You’re the only one who can see 👀 them, and the emojis change based on how you interact with each person. Here’s a breakdown of what the top emojis from Snapchat mean.

Adding Snapchat Emojis to Your Videos and Pictures

Adding Snapchat emojis to your videos and Snaps is easy and fun.

Not an emoji type? Use Snapchat scissors to make your own Snapchat sticker. 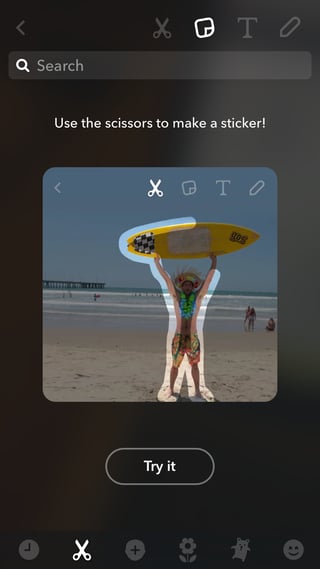 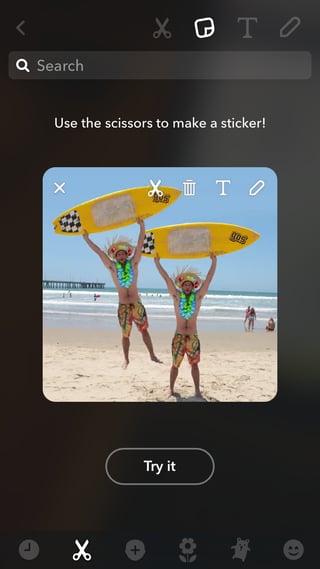 Want to use your own personal emojis? You can use Bitmoji in your Snaps. 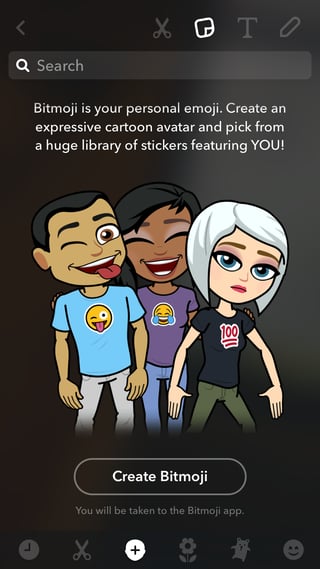 Or, you can express yourself through hundreds of other Snapchat stickers.

Creativity knows no bounds, especially in social media. Here are a few of the most creative, intricate Snapchats we’ve seen. What are you waiting for? Get creative! 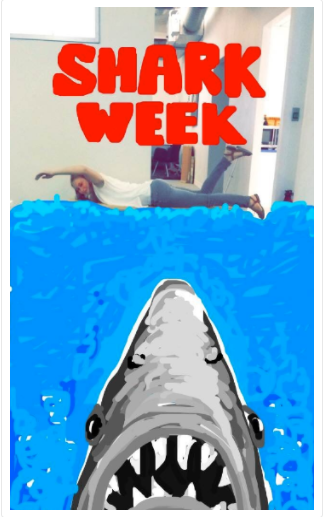 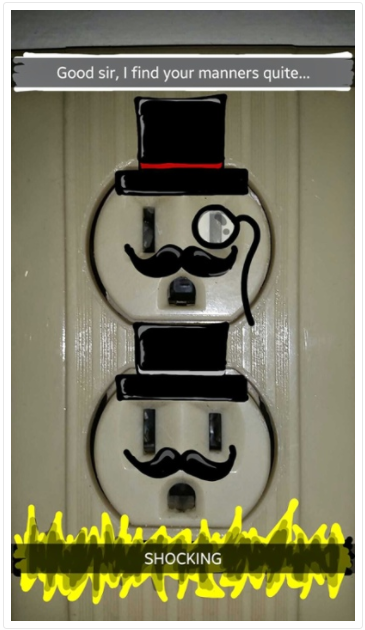 Check out our article about advertising with Snapchat filters if you want to learn more about the ins and outs of Snapchat marketing. Want to stay connected and see what we're up to? Add Human Marketing on Snapchat by using our Snapcode. 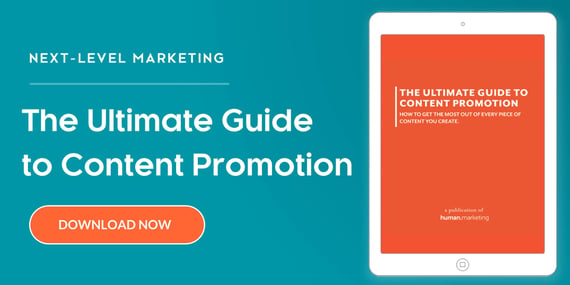 Erin is the Marketing Director at Human. When she's not writing or editing content, you can find her outside hiking mountains (literally), consuming copious amounts of coffee or curled up with a good book. 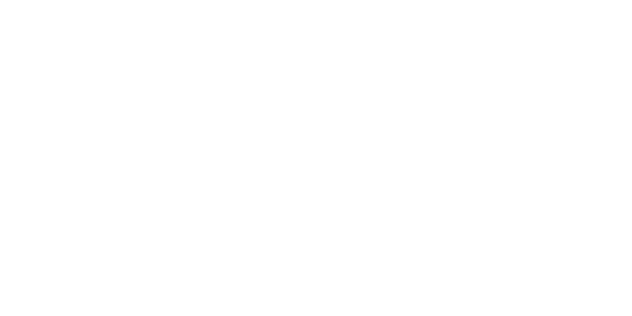